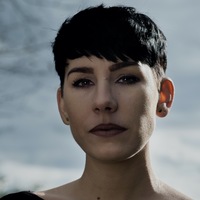 Specializing in legal thought and critical theory, Daniela Gandorfer is a graduate of the doctoral program in Princeton’s Department of Comparative Literature, a postdoctoral scholar at UC Santa Cruz, and co-director and head of research at the Logische Phantasie Lab (LoPh). LoPh, a research collective recently founded by Princeton alumni and current students, describes itself as a “comprehensive research agency that actively challenges injustices resulting from political, legal, economic, social, physical, and environmental entanglements by means of specific investigations.” I want to thank former PCUR correspondent Rafi Lehman, now the Development Coordinator at LoPh, for putting me in touch with the research collective’s team.

Over email and Zoom, I was able to talk to Daniela about the critical methods employed by LoPh, its relationship with the established academy, and the benefits and limits of an interdisciplinary research approach.

This interview has been edited for length and clarity. Below is part two of a two-part interview. You can read Part I here.

AI: Lo-Ph grew out of Princeton, and many of its staff are graduate students. Clearly, it is indebted to existing formal academic structures of research. That said, do you see the aim of Lo-Ph to be something beyond the traditional boundaries of the academy? More broadly, how do you think those boundaries affect the conditions of critical, rigorous inquiry we may allow ourselves?

DG: Yes, it is indebted to formal academic structures and also to academic modes of knowledge production (the “Right to Breathe” investigation is partly also funded by the Princeton’s Humanities Council and the Pace Center). Without doubt, all of us at LoPh value research and education. However, those who joined and now are LoPh did so because of their desire to challenge injustices in a way that is simply not possible within structures of the university and its particular understanding of what research is and how it is produced. In the humanities, for example, it is still not usual to work collaboratively (dissertations cannot be co-authored and publications that are co-authored are often considered less strong) and across disciplines. In fact, graduate education is understood as the becoming-expert not only in a particular field, but also of a particular area, even a particular topic! For LoPh, knowledge production is collaborative, and the insights produced are not something one can own. This goes against the current academic market. In fact, the understanding of knowledge as a product, and of the researcher as an ambitious individual delivering new findings, ideas, and formulas are detrimental to rigorous and response-able (a concept by feminist scholars Donna Haraway and Karen Barad) research which, as such, takes serious that knowledge is collaborative, interdisciplinary, and not something one can possess, copyright, patent, redact, and classify.

AI: When you talk about this production of interdisciplinary knowledge, a few things for me came to mind. Now, for myself, interdisciplinary studies are very important; I’m involved in the Humanities Council at Princeton. That said, I find myself sometimes going back and forth about this question of interdisciplinarity in the sense that the recent widespread gutting of the American university system has in part promoted this lumping of the humanities together. Additionally, the genesis of formalized interdisciplinary studies in the university has been in part connected to the genesis of area studies so historically interlocked with American-led Cold War-era development projects in the global South (with questionable political motives), and with a later but related project of neoliberalization.

DG: Yeah, you point to an important challenge. Cross-disciplinary collaborative work is important but of course disciplines, and even how they relate or are made to relate, are not free of political and neoliberal influences (but rather formed by them). The compartmentalization of knowledges into many different departments, for example, is not only a way to create space for, let’s say, gender studies, post-colonial studies, indigenous studies; it also positions them in a certain way in relation to, say, philosophy or history. This is why working collaboratively across disciplines is not the same as working interdisciplinarily; in fact, the former aims to question the power relations creating and upholding disciplines (also in interdisciplinarity).

This is why we work on a particular injustice, reaching out to scientists, lawyers, scholars, artists, and importantly, people on site and work collaboratively. It is a different concept of knowledge production, aiming to produce knowledge that— and this is very important to us— cannot and should not be possessed by a researcher. When you’re a grad student, a postdoc scholar, or an assistant professor, the job market forces you to constantly “produce”, you have to show that you are a scholar, in your CV, by “owning” your ideas, publishing them in papers and books. LoPh, as a research lab, goes against that logic. It focuses not on an idea or object of analysis, but investigates the entangled processes of (un)mattering that produce an injustice and aims to challenge it. The outcome is not a product and it does not lie inside or outside disciplines. It is an intervention into the material political, epistemological, and legal processes of sense-making.

AI: So you’re taking the problem as the starting point rather than the discipline.

We work collaboratively. Usually the researchers choose an entry point that they care about, and we start working from within our respective disciplines and knowledges, and then collaboratively move into different fields and regions. In fact, we did learn a lot together about this method of matterphorical case studies. What I find interesting is that researchers find each other when looking at an injustice at points and scales that I could not even imagine, from the quantum to the interplanetary.

AI: Are you hoping to bring this kind of collaborative approach beyond your current core of researchers? Do you have plans for public engagement or outreach?

DG: At LoPh we are planning to make a public syllabus and a public podcast so that people who are interested can learn more about how we work. Some things might be helpful, others might not, but it’s extremely important to make knowledge publicly available and useable. It is an ethics.

AI: Researchers with Lo-Ph include many undergraduates. What to you is the importance of involving undergraduates in this kind of high-level, creative research? How would you recommend undergraduates get more involved, both in Lo-Ph’s research, and research in general?

DG: The LoPh investigations are in large parts conducted by researchers who have recently completed their undergraduate degrees at Princeton or are currently finishing. We in fact conduct many interviews with graduate and undergraduate students and have been more than impressed by the rigor, creativity, and commitment of the undergrad and early graduate researchers.

For the undergraduate researchers this has also been a rare and great opportunity to improve their research skills and learn from successful faculty and graduate students. Before we started the “Right to Breathe” investigation, we offered a seminar on the matterphorical method for all the new undergraduate and recently graduated students. In addition, we are meeting on a weekly basis to discuss the research and strategize on where to go and what to do next. In addition, the researchers— whether undergraduate, graduate, or postgraduate— have been involved in publications, the seminar taught at the University for Applied Arts in Vienna, and other opportunities important for the development of both academic and non-academic skills.

For undergraduates interested in getting more involved in research, especially research that aims to contribute to the struggle against the many injustices across the globe, I would recommend reaching out to local organizations. Some of our researchers started as RISE fellows, supported by the Princeton Pace center, which supports undergraduate research on racial justice and works closely with many local organizations. For those interested in working with LoPh, we would ask to reach out to us directly at info@lo-ph.org, or contact me at dgandorfer@lo-ph.org.

A big thank you to Daniela for taking the time to speak with us at PCUR! The insights she offered here challenge us to critically consider the “how” of research– something we discuss so often on this blog– by asking us to be more conscious of the materials and subjects with which we work (something I find especially important as a history student dealing with archival objects). Perhaps more significantly, the work of LoPh centers the “why” in academic research– a probing question which forces us to account for personal, political, and moral stakes, without reducing academic work to some kind of instrumentalist exercise. This might require, as LoPh champions, a collective endeavor.