Are you looking for an opportunity to share your research with members of the University community? If so, Princeton Research Day (PRD) could be the perfect event for you. This annual initiative, which will take place this year on May 10th, brings together undergraduates, graduate students, postdoctoral researchers, and other non-faculty researchers to present their work. PRD offers researchers the chance to practice communicating their findings, attend professional development workshops on poster design and presentation skills, and connect with a diverse group of fellow researchers. PRD participants also have the opportunity to win one of several awards that recognize exceptional presentations.  Read about PRD in more detail on the event’s website and in past PCUR posts!

END_OF_DOCUMENT_TOKEN_TO_BE_REPLACED

Last year, I was invited to be a judge for Princeton Research Day (PRD) as a veteran of the Mary W. George Freshman Research Conference.  If there was one thing I loved about this conference, it was hearing my peers’ interesting research conclusions. I was excited to see this happen on an even larger scale at PRD, but I was also nervous; I felt that I had little authority to judge the work of upperclassmen (and graduate students!) with only a semester’s worth of experience under my belt. However, the event organizers were incredibly encouraging in this respect, valuing our nonspecialist input.

Before PRD, the judges held a brief meeting to go over logistics and judging criteria. I felt that, rather than encouraging harsh criticism, the criteria really emphasized the purpose of PRD as a celebration and opportunity to share the hard work done by Princeton researchers. Scores were mostly based on how well people could relay information, translate their complex findings (no chart goes unexplained!), and engage an audience that has no experience in their field. This criteria eased a lot of my apprehension: I might not be able to judge the correctness of a data set, or rebut conclusions about culture in Georgian England, but I can judge how well these were communicated to me.

END_OF_DOCUMENT_TOKEN_TO_BE_REPLACED

Princeton Research Day (PRD) is an annual celebration of the research and creative endeavors by Princeton undergraduates, graduate students and postdoctoral researchers. The campus-wide event serves as an opportunity for researchers to share their work with the community and includes research from the natural sciences, social sciences, engineering, the arts and humanities. In this post series, PCUR correspondents cover a range of topics relating to PRD and highlight the valuable lessons this event has to offer.

This year, PRD will be taking place on Thursday, May 11, 2017. You can learn more about participating in or attending Princeton Research Day by visiting the official PRD website here.

The idea of research often conjures up images of scientists with microscopes and lab coats. But, for many researchers, the process looks very different. Take theater student Julia Peiperl ’17, for example. Rather than wearing the coat, she designs it.

“Lots of people don’t realize how much research goes into theatrical design,” she told me as we sat down to chat about her experiences at Princeton Research Day last May. Presenting on her costume designs for the Lewis Center’s February 2016 production of Sophocles’ Elektra — which she had developed in a class on Advanced Theatrical Design — she hoped to showcase the detail and research that goes into such a creative endeavor. As an actor in the play, I was excited to learn more.

Clothing, after all, tells worlds about a person. A costume designer may spend weeks or months researching images that suggest a time period, an archetype, or even an emotion. For Elektra, a Greek tragedy, Julia found inspiration in the image of a 1950s “brush doll” provided to her by the lead actress: brush on the bottom, doll on the top. Much like a document might inspire a historian to turn to the archives, this image led Julia to do more pictorial research, eventually settling on a time period (the 1950s) and a color scheme (pastels). After designs were presented to the show’s director, they were given to the Lewis Center Costume Shop to make a reality. This was not the end. In the coming weeks, just as a researcher continues to make changes and discoveries throughout the writing process, Julia worked with each cast member to refine the pieces and make them comfortable to wear. For my character — a maid in the two-person Greek Chorus — the director wanted me to seem “otherworldly.” Hoping to convey this through aesthetics, Julia would bring in new costume and makeup ideas, even in the few days leading up to the show.

END_OF_DOCUMENT_TOKEN_TO_BE_REPLACED

Princeton Research Day (PRD) is an annual celebration of the research and creative endeavors by Princeton undergraduates, graduate students and postdoctoral researchers. The campus-wide event serves as an opportunity for researchers to share their work with the community and includes research from the natural sciences, social sciences, engineering, the arts and humanities. In this post series, PCUR correspondents cover a range of topics relating to PRD and highlight the valuable lessons this event has to offer.

This year, PRD will be taking place on Thursday, May 11, 2017. You can learn more about participating in or attending Princeton Research Day by visiting the official PRD website here.

This May will mark the second Princeton Research Day (PRD), a campus-wide celebration of undergraduate, graduate, and postdoctoral research. PRD allows researchers and artists to hone their presentation skills and share their work with the campus community, with the chance of winning awards for excellent presentations.

In anticipation of this year’s application cycle, I asked three students who participated in the inaugural PRD last year about their experiences. I interviewed Allison Simi, a graduate student in CBE who won the Gold Research Talk Award last year, PCUR alumni Stacey Huang ’16 who presented an electrical engineering project, and Jared Lockwood ’19, the only freshman to present.

END_OF_DOCUMENT_TOKEN_TO_BE_REPLACED

Looking through the recently released program for Princeton Research Day, I am reminded that research is not just conducted by people in lab coats. It is conducted by everyone.

The 162 projects represent over 50 departments and programs. Nearly 200 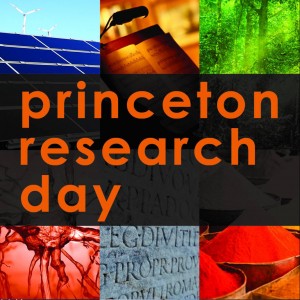 undergrads, grad students, and postdocs will present — everyone from artists to biologists to computer scientists to sociologists to policy makers. And that’s not to mention all the interdisciplinary overlap!

I know that we are all busy this Reading Period, writing papers and studying for exams. But give Research Day a chance! There is such value in stepping away from our own work to appreciate the passion and dedication that these students are putting into theirs. I’m not going to push any one project on you. But, why not take a look for yourself? Skim the program and see if any presentations spark your interest. Come see a few of them as a well-deserved study break on May 5th. Who knows? Maybe you’ll discover a topic you never knew you liked. I can promise you that, at the very least, you’ll learn something new by attending #PRD16.

Often, the second half of the semester calls for students to present their research findings in class, or in front of professors/advisers evaluating independent work. Presentations are a different kind of assignment than, say, fifteen-page research papers — and they require a different set of skills. At this time last year, I found myself facing a new and unexpected presentation project: My fall writing seminar professor had asked me to revisit my final research paper and present it at the Quin Morton ‘36 Conference.

Now called the Mary W. George Freshmen Research Conference, this event is an opportunity for freshmen to share their writing seminar research with a wider audience through ten-minute presentations. I encountered many challenges while breaking down my paper—a feminist perspective on evaluations of sexuality in films— into slides and bullet points. However, I also learned a lot about presentations through the process. While this year’s participants are gearing up for the conference in early April, students presenting at Princeton Research Day are in the midst of similar preparation. In light of these upcoming events, and since many students will have to present their research as spring semester comes to a close, I have decided to offer some advice on research presentations. Below I throw in my two (three) cents on the topic.

END_OF_DOCUMENT_TOKEN_TO_BE_REPLACED

By now, you might have seen posters, social media advertisements, and even blog posts by Stacey and Melissa about Princeton Research Day this May. Princeton Research Day is a university-wide “research fair”: a day for students to present their research and learn about others’ work. PRD is for student research at all levels– whether a freshman seminar paper or a senior thesis project. The application deadline is THIS FRIDAY at 5 pm, so I wanted to write a post about the value of PRD and the ease of the application!

END_OF_DOCUMENT_TOKEN_TO_BE_REPLACED

By now, you’ve probably received one of the numerous campus-wide emails promoting Princeton Research Day, a new initiative by the University to celebrate student research right here in the Orange Bubble. I must admit that even though I spend a large amount of time talking about my own research for the PCUR blog, I was initially hesitant to apply. It’s odd to think that I feel more pressure having to present my work in layman’s terms to the larger university community compared to presenting to the professors in my department for a grade!

Still, when I stepped back and considered the number of times I’ve talked about my thesis in regular conversation, I felt reassured that I’d be prepared for Princeton Research Day. As a senior, I’ve noticed the standard ice-breaker among my classmates has become “So what are you doing for your thesis?” Even though my thesis is certainly something that’s constantly on my mind, I still have to think about the best way to describe my work in 10 seconds to make it interesting enough for a conversation. It’s hard to get into all the details and nuances of a continuously evolving project (that I’ll spend the entire academic year working on!) while highlighting what’s important and relevant about it.

I think that’s really why Princeton Research Day is appealing to me. This is what research is all about — conveying your work to peers and fellow researchers, who often might not have a good idea of why you’re doing what you are. END_OF_DOCUMENT_TOKEN_TO_BE_REPLACED